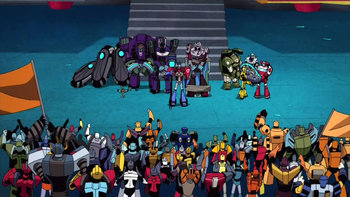 Somebody finally threw these Autobots a bone. Big time.
Advertisement: