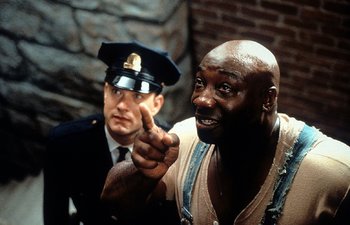 "Look Boss, it's Cassie, the old lady in the rocking chair!"