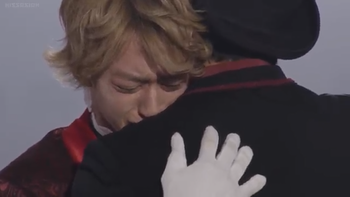 They risked their lives to save the people they love... and they did the same.
Advertisement:

This is your warning! By the authority of TV Tropes Administrivia, all Spoilers Off on this page and other moments subpages. Don't peek until after watching an episode.