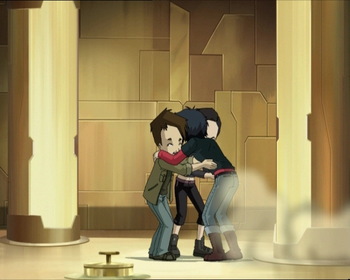 He's Back!, and that's the only time you'll see all three of them hug each other.
Advertisement: