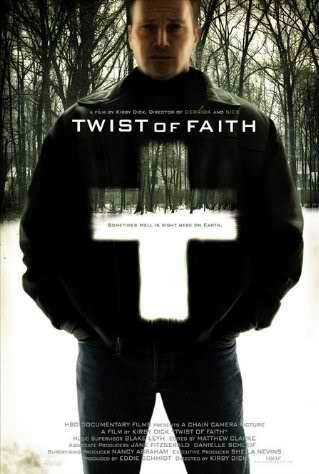 Twist of Faith is a 2004 documentary film by Kirby Dick.

It is an examination of the sexual abuse scandals that roiled the Catholic Church in the early years of the 21st century. Tony Comes is a firefighter in Toledo, Ohio. He is, by all appearances, happily married to Wendy, and they are parents to two young children. However, Tony's life is sent into turmoil when he learns that the family's new home is only five doors down from one Dennis Grey, a former Catholic priest. Dennis Grey, as it turns out, sexually abused a teenaged Tony Comes some twenty years before. Tony goes to the Catholic Bishop of Toledo and gets an apology, and a solemn statement that there were no other complaints against Grey. But when Tony finds out that there were in fact a half-dozen other complaints against Grey from children he abused, he launches a public lawsuit against the Catholic Church.