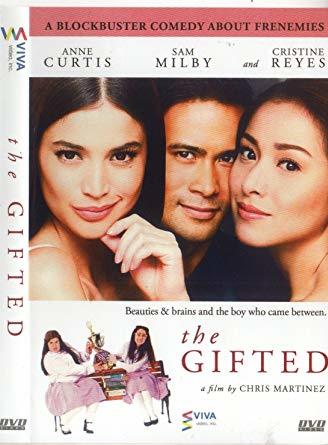 "Some people work harder than others. Some have it, some don't. Then there are the very few ones who are just born with it. They are the gifted."
- Trailer opening narration

The Gifted is a dark comedy Filipino film. Produced by Viva Films and directed by Chris Martinez, it details the rivalry between two abnormally smart girls from different walks of life - Zoe Tuazon, who comes from an extremely affluent family, and Aica Tabayoyong, who comes from a lower-class family.

No relation to the TV show of the same name.