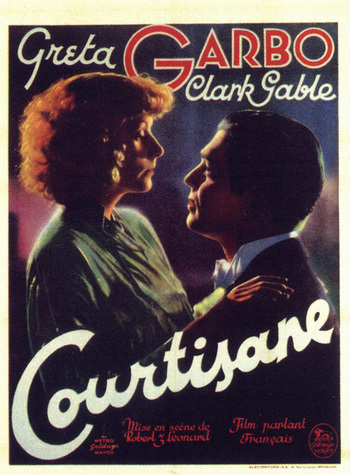 Susan Lenox (Her Fall and Rise) is a 1931 film directed by Robert Z. Leonard.

Helga Ohlin (Greta Garbo) grows up in an abusive household with an uncle who treats her like a slave, Helga being born of an unwed mother. When her uncle tries to marry her off to a man who tries to get ahead of the wedding by raping her, Helga runs away.

She runs off on a dark and stormy night and makes her way to the house rented by Rodney Spencer (Clark Gable), an architect who is designing a new bridge. Naturally, they fall in love. But Rodney has to go away for a while to turn in the blueprints for his bridge, and while he's gone Helga's awful uncle and his rapey friend find her, so she has to run away...and many more romantic complications ensue, some of which involve Helga taking the name "Susan Lenox".

The only film Gable and Garbo made together in the decade that they both worked for MGM.