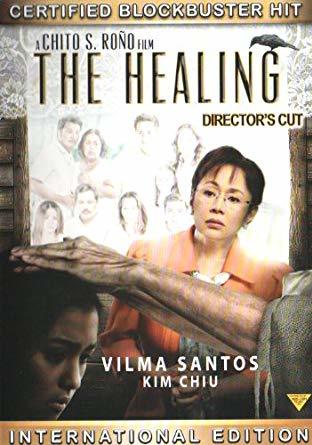 The Healing is a 2012 Filipino horror suspense film.

After her father suffered from a severe stroke, Seth decided to bring him to Manang Elsa, a faith healer who apparently can cure illnesses. They return home and he regains his strength much to her surprise and the whole neighborhood's. This causes her to bring along her friends whom five of them wish to be healed, her son's half-sister — who was also very sick — who (her son) pleaded to have her healed also visit, crossing paths with them. Eventually, they all get better after seemingly worsening results. However, after a series of gruesome but similar events that involved those healed going berserk and committing murders before they ultimately kill themselves, Seth begins to wonder if there was a price exchanged from these healings.