Film / Madness in the Method 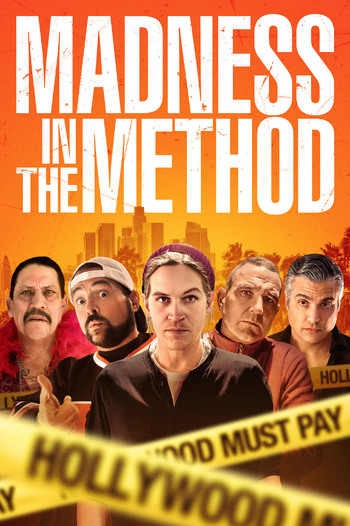 Mewes stars As Himself, a character actor who struggles to get mainstream recognition and hopes to be cast in his old castmate Brian O'Halloran's potentially Oscar-winning movie. Under advice from his best friend Kevin Smith, he tracks down an elusive book on method acting. But having read it too fast for his own good, as well as committed Accidental Murder while trying to show a casting director who demeaned him how good of an actor he is, he starts going insane.