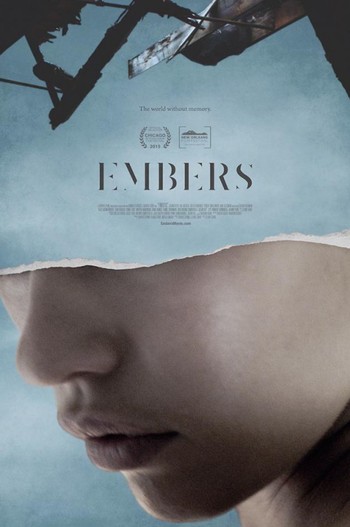 "The world without memory."
Advertisement:

A vague and mysterious virus has swept across humanity, leaving the infected without the ability to form new memories or access their old ones. We follow various inhabitants of this bleak world: a man and a woman with no memory of each other, but who are wearing matching bracelets; a professor trying to find a cure; a mute child; a violent teenager; and an uninfected girl who's been living in a bunker with her father for almost ten years.

Embers (2015) is the debut film of director Claire Carré.