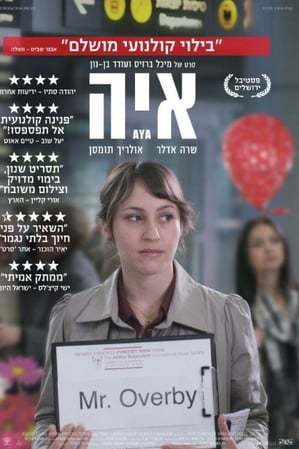 Aya is a 2012 short film (barely, at 39:58 it gets under the AMPAS "short film" cutoff by exactly two seconds) from Israel, directed by Oded Binnun and Mihal Brezis. Most of the dialogue is in English.

Aya is a 29-year-old Israeli office worker. She goes to the Tel Aviv airport to pick up a friend. While she's waiting, a hired driver who's picked up his passenger asks her to temporarily hold his sign, welcoming one Mr. Overby to Israel, until the second driver makes it back to the arrivals area.

Soon after Mr. Overby, a Dane coming to Israel to judge a piano competition, shows up at the arrivals area. For reasons that she herself doesn't even understand, Aya chooses to pretend to be his driver. As the two drive from Tel Aviv to Jerusalem, they form a bond.