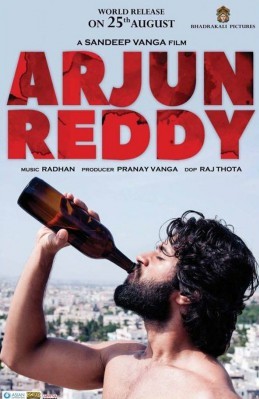 Poster for the film.

The film tells the story of a brilliant young surgeon and titular character of the film, Arjun Reddy. A doctor with anger management issues who goes down a path of self destruction after losing the love of his life. The film received critical acclaim and gained a cult following among Indian youth despite controversies with the Indian Censor Board.