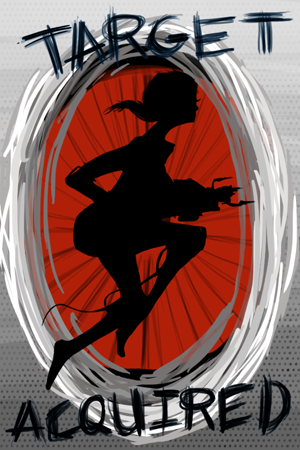 "HELLO, FRIEND."
"I mean," she said, a little less like an automated bit of machinery, and more like a human herself, "that I will help you and your human, personality construct, but it is not advisable for the Prototype to be activated in the presence of a human. I do not doubt that you have good reason to have located this Test Shaft against state and federal regulations, but bear in mind that once the Central AI is reactivated, it is best your human does not remain inside of the Enrichment Center, Upper or Lower."
—Carrie in Chapter 13
Advertisement:

is a Portal fanfic by StillAliveDoingScience

. It was started in April of 2012 and is currently twenty two chapters (and 175k+ words!) long, though it is still being continued.

The story starts where Portal 2 ends: with Chell's showdown with Wheatley. But unlike the game's ending, Wheatley is not sent out into space, but pulled into the facility. Rather than releasing Chell into the outside world, GLaDOS sends her and Wheatley into the extended relaxation vault, where they are kept for a number of years before GLaDOS decides to pull them out for testing again. Chell is not thrilled at all to be working alongside the treacherous core, but Wheatley, feeling a strong desire to make up for his mistakes, feels that breaking Chell out of the facility like he had originally planned will fix everything. The two manage to break out of the testing track, and work their way down into Old Aperture, seeking out something that will help them take down GLaDOS once and for all. But their plan is a shaky one, and not everything goes as expected...