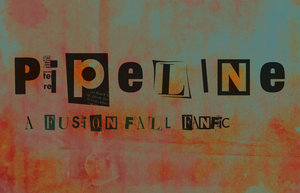 A FusionFall fanfic by RoeBoat

The war is messing with Kevin's life— he's stuck doing behind the scenes work when he'd rather be fighting, he doesn't have time to spend with his girlfriend (Gwen, as established in canon), and worst of all, he's growing jealous of Ben's friendship with Dexter.

He finds kindred spirits in post-amnesia Buttercup, whose relationship with Ace has taken a mature turn. While things are happy for a while, the fact of the matter is, they're children fighting a war. And every war has casualties...

Focuses on Kevin, a fairly unpopular character in the fandom because canonically, Kevin doesn't necessarily take the side of the good guys— he's on the side that benefits him the most. In this case, he's on the good side, but he gets upset when he doesn't get what he wants.

Told in third-person limited through Kevin, which has some... interesting results.