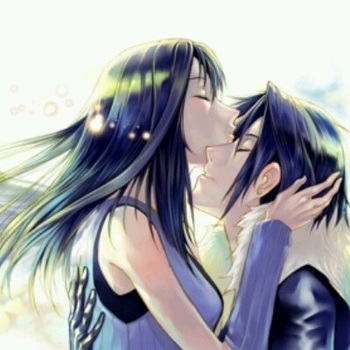 Fate brought them together...
Final Fantasy VIII: Fate Deceived is a fanfic that follows events exactly 1 year after the main game finishes. The story starts off in Esthar where an unknown calamity strikes the SeeD contigent that is currently stationed there. This 'phantom' menace (as it were) begins to slowly spread through the rest of the world, systematically hunting down SeeD and tarnishing their good name in the process. With this newly awakened enemy being able to counter just about everything Squall and his fellow SeeDs can do, what hope is there for victory?

Like her previous fanfic, this story is very adult-oriented. It has a few graphic lemon scenes (although not as many or to the degree of her Zelda's Honor fanfic) but the content is rated mature primarily for the gratuitous violence present in each encounter with the enemy. Thankfully it is peppered throughout the action sequences and only accentuates the brutality of the situations Squall and co. must survive from. It seems the overall theme of this fanfic is more in line with current commentary on how our political and journalistic age has degenerated over the years; addressing topics such as public informational integrity, the dangers of technology with concerns of safekeeping personal information and the overall lack of privacy in a world gone digital.

This is Dark Flame Wolf's second fanfic ever written and is still currently in progress and not yet finished. You can view the unfolding story at fanfiction.net