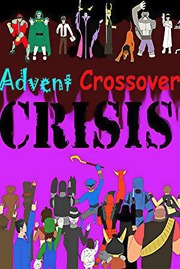 You know Advent Calendars? Those things where you get a little piece of chocolate, or a toy, or even just a picture, once a day from the first to the 24th of December?
Advertisement:

is one of those, if instead of chocolate, it was fictional characters kicking the stuffing out of each other.

An introductory explanation was uploaded to Fanfiction.net on the 24th of November, whereby Deadpool and She-Hulk gave a rundown of the basic facts of the story. The first true chapter was published on the 1st of December.

It contains over 30 fandoms, depending on whether you count things like Super Smash Bros. and Disney Animated Canon as one piece of fiction, or several. Sly Cooper serves as the closest thing the story has to a "main character", while Maleficent is its Big Bad.