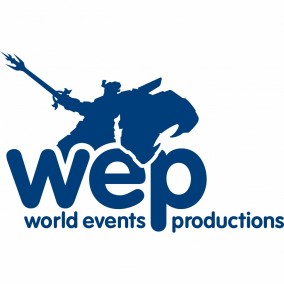 A U.S. animation and distribution company founded in 1980.

Most famous for localizing the Toei Animation series GoLion to the United States back in the 80s, which became Voltron: Defender of the Universe. Voltron then went on to become a major pop culture icon, especially since it was the only mecha show on U.S. television (as opposed to being one of many back in Japan).

The company is based in St. Louis, Missouri where it's owned by the Koplar family, the previous and founding owners of KPLR-TV, now the St. Louis CW affiliate. Most of World Events' properties are currently licensed to DreamWorks Classics, a unit of Universal Studios.

The company has produced the following: