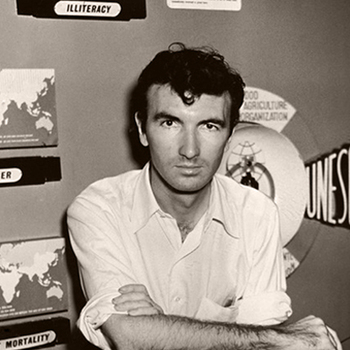 Norman McLaren (1914-1987) was a Scottish-born Canadian animator famous being a pioneer in a variety of experimental techniques from the late 1930s, and then his series of films from the 1940s up to his retirement in 1983 for the National Film Board of Canada.

Specifically, he created new techniques like Drawn on Film animation (Animation drawn directly on film stock), pixiliation (Stop Motion with actors) and optical printing techniques to create surreal visual experiences. He even helped to pioneer Electronic Music with his use of graphical sound.

For instance, he won an Oscar for the 1952 pixiliation short, Neighbours, and a 1968 BAFTA award for the surreal ballet short, Pas Ex Deux.