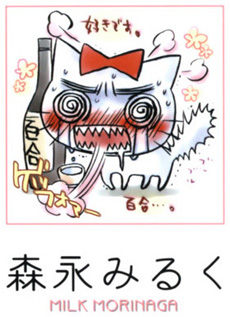 Morinaga Milk is a Girls' Love mangaka whose works include Girl Friends, The Secret Recipe, and Kisses, Sighs, and Cherry Blossom Pink. Notable for frequently averting a lot of stock Girls' Love tropes like Bury Your Gays, Bait-and-Switch Lesbians, Tomboy and Girly Girl, and Relationship Ceiling.

Tropes frequently used by this author: