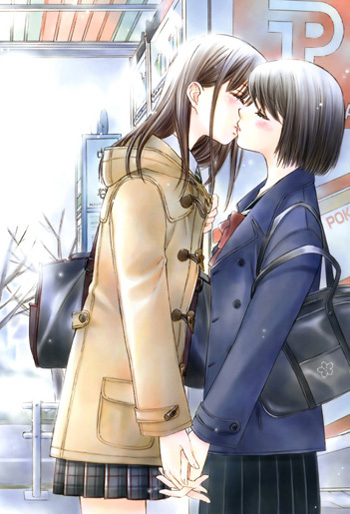 Kisses, Sighs, and Cherry Blossom Pink is an anthology of Yuri one-shots by Morinaga Milk. The stories all focus on the students of Sakurakai Girls High School and their various romantic entanglements. It was licensed for English release by Seven Seas.