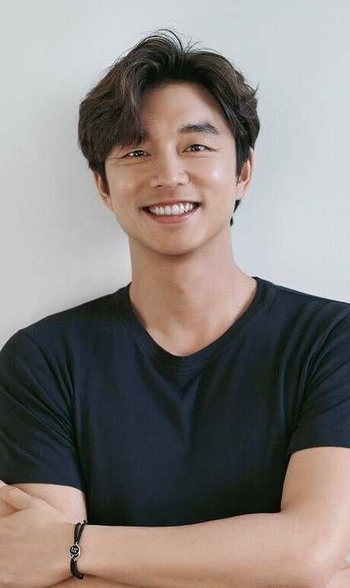 Gong Yoo (born Gong Ji-cheol in 1979 in Busan, South Korea) is a South Korean actor. He started in show business as a video jockey and in a host of supporting roles before landing the major role of Park Tae-in in the romantic comedy series Hello My Teacher. His breakout role was as the romantic lead in The First Shop of Coffee Prince, rich heir Choi Han-gyul. He experienced a Career Resurrection in the 2010s following his lead roles in Guardian: The Lonely and Great God and Train to Busan.

Tropes about his career: