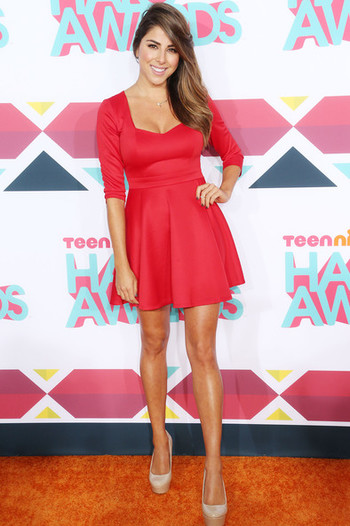 Daniella Monet (born Daniella Monet Zuvic; March 1, 1989 in Los Angeles, California) is an American actress and singer, best known for playing various TV guest roles and most recently, starring as Trina Vega, in the Nickelodeon sitcom Victorious and as adult Tootie in A Fairly Odd Movie: Grow Up, Timmy Turner! Currently she hosts Awesomeness TV on Nickelodeon, and also voiced Mitzi in the Nickelodeon dub of Winx Club.

Tropes That Ms. Monet does: