Fanfic / An Encore From My Crying Heart 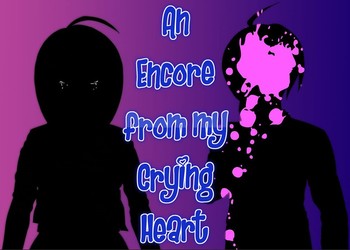 An Encore From my Crying Heart (credit: u/creepercraftguy on reddit)
"Different choices are made, new dynamics form, and only two survivors can emerge from the world stained red with reality, and pink with delusion."

An Encore From My Crying Heart

is a Danganronpa Alternate Universe Fic where Kaede Akamatsu keeps the role of main lead by default, after Shuichi Saihara, the canon protagonist of Danganronpa V3: Killing Harmony, takes the First Blood Perk when Monokuma offers it up before Chapter 1's investigation.

Compare I'd Trade My Life For Yours, where instead of leaving alive, Shuichi is voted for and subsequently executed during the chapter 1 trial and Three-Point Shot, where the mastermind is outed during the first trial.

This fanfiction is planned to have six major chapters like the canon games alongside a chapter 0, an epilogue, and five special chapters, resulting a rough estimate of around 55 chapters according to the author. However, the number of chapters for the story may change later on, as the story continues to be updated.

Expect unmarked spoilers for Danganronpa V3: Killing Harmony, as well as other installments in the Danganronpa series.