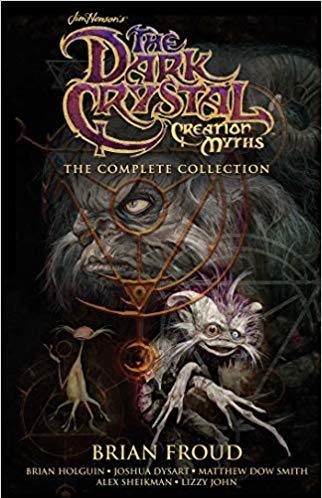 The Dark Crystal: Creation Myths is a graphic novel series published by Archaia Studios Press between 2012 and 2015. It is based on the world of Jim Henson's film The Dark Crystal. Brian Froud, the conceptual designer who was responsible for the World Building of the film, drew the covers for the project and served as a creative consultant.

This series reveals the origins of many of the characters and races and the Dark Crystal itself while introducing all new characters in an epic spanning thousands of years.

Some elements of the series were used in the making of The Dark Crystal: Age of Resistance.

For the other works in the franchise, see here.