Comic Book / My Little Pony: Spirit of the Forest 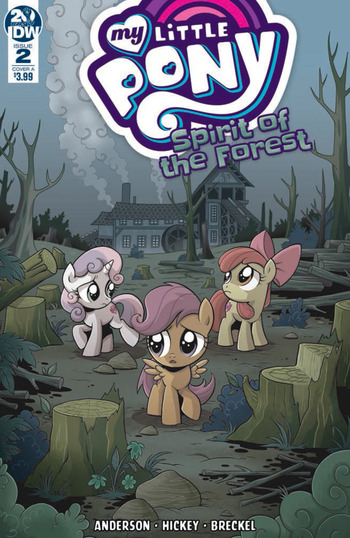 Trash? Deforestration? This looks like a job for the Captain Cutie-teers!

The Cutie Mark Crusaders are back! When Apple Bloom, Scootaloo, and Sweetie Belle take a trip into the woods, they find a forest filled with trash! Just what could be causing this mess?! Looks like it's another mystery for our favorite fillies to solve-and one where not everything is as it seems...

Spirit of the Forest is the seventh spin-off series in the My Little Pony: Friendship Is Magic comic series, replacing Nightmare Knights series.