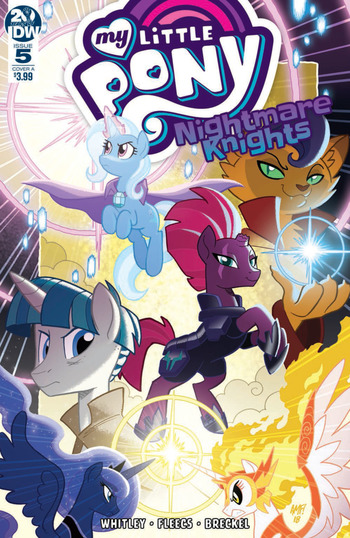 Sometimes it takes a darker shade of hero to save the day.

Powerless and threatened by a great evil, Princess Luna discovers she can't count on her sister or any of the usual heroes of Equestria. Running out of time and with nowhere to turn, Luna assembles a team specially suited to save the day... a team of former villains!