Tropes that are applicable to WM (Double-M) 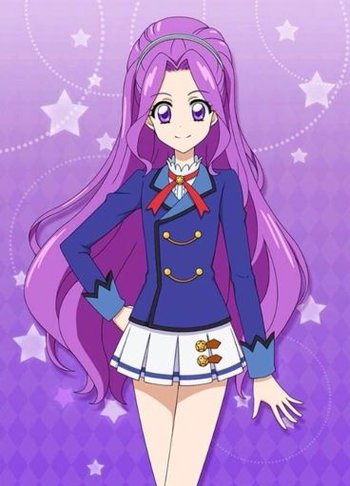 "Once more the moon rises."

Like the moon shines in the sky, brightly, illuminating the night, top idol Mizuki Kanzaki does the same for every idol aiming for the top. Mizuki is a calm and mature person with a professional air about her. She's talented and hard-working, but at the same time has a kinder side to her personality. As of the second-half of season two she has started a unit with Mikuru Natsuki called WM. She's a sexy-type idol who currently uses her personal that she created, Love Moonrise, which is the "evolved" form of her season one brand, Love Queen. 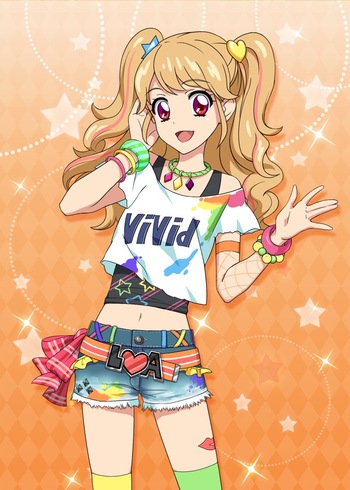 "Are you ready to see Mikuru's Miracle?"

Are you ready to see Mikuru's Miracle? Mikuru Natsuki is a bright, energetic, and sweet girl who just so happens to be Mizuki's fated partner. Though new to the idol world, she doesn't fall short as she casts her miracle upon the stage. She's free-spirited and loves flowers and has proven herself a capable idol that's able to keep up with the best. She's a pop-type idol and the second half of the unit WM. She uses the brand Vivid Kiss.