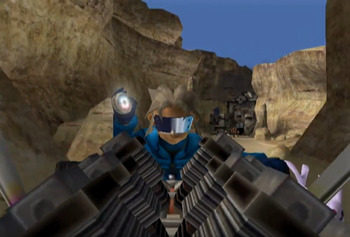 See that guy in the Cool Shades and Badass Longcoat who just robbed a crime syndicate, riding off on a hardcore bike and about to blow up the hideout as a final insult? That's YOU!
No spoiler warnings allowed on these subpages! Therefore, read with caution!
Advertisement: