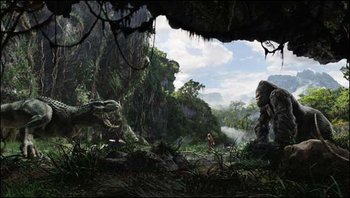 A Vastatosaurus rex, a small woman, and an enormous Gorilla. The Gorilla wins, by the way!