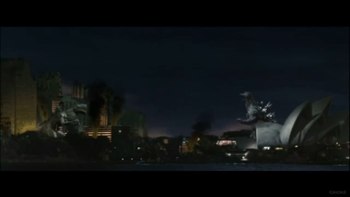 A false king confronts the real deal. No points for guessing what happens next