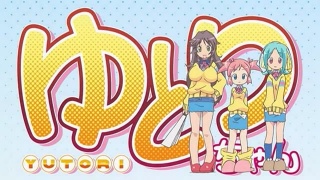 Yutori-chan is a short web anime series, directed by Keiichiro Kawaguchi with character designs by POP. This is not the first time these two have worked together, having previously collaborated on Moetan. Noted for being a series delivered to its audience by e-mail links.

Yutori-chan is a series of short sketches about Yutori Tanaka and her co workers at the Popuu company, who work in advertising for a line of anime-based products, which the audience often gets short commercials of at the start of the shorts. Working with her are the workaholic, constantly stressed Shiori Tsumekomi and Reiko Dankain ("Dankai" for short.)