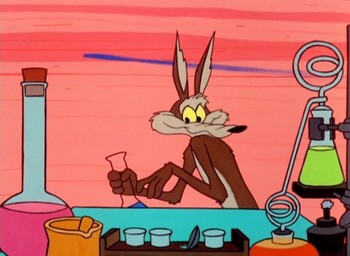 The end of the much-maligned Larriva era.
Advertisement:

Wile E. uses his new chemistry lab to try to catch the Road Runner, from making invisible paint to using a jet-powered spray container, none of which are successful.

Notable for being the last Rudy Larriva short of the series.