Webcomic / The Secret Lives of Flowers 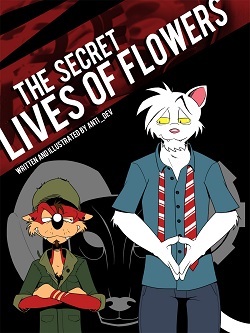 It’s a sci-fantasy adventure about furries.

A webcomic about a talking weasel and his best friend, a cat who works at a bar. Taking place after The End of the World as We Know It.

The Secret Tropes Of Flowers: