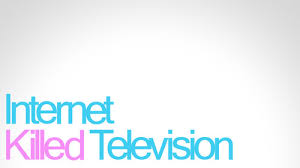 Internet Killed Television is a daily Vlog Series that follows the lives of Charles Trippy. The first five years Alli Trippy was part of the vlogs before their separation and divorce. IKT started on May 1st, 2009. They intended to only film for a year, but after the popularity of the vlogs grew, they decided to continue, and the series is still continuing to this day.

Internet Killed Television can be found on the YouTube channel CTFxC

. They also have three other channels: the CharlesTrippy

channel, where they upload humorous skits, the Alli

channel, where they upload their Movie Club and Food Challenge videos, and the Trippy

channel, where Charles uploads short videos from his iPhone.