Visual Novel / Off the Cuff 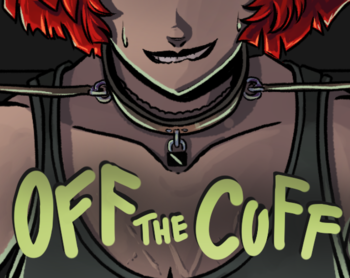 The game was made by Alexis Royce in about a month as an alternate NaNoWriMo challenge. It can be downloaded for free over here

Off the Cuff provides examples of: