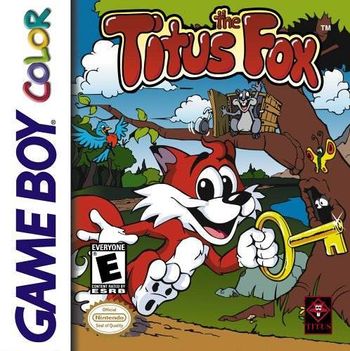 A Platform Game originally designed as Les Aventures de Moktar - Vol. 1: La Zoubida, it was taken over and published by Titus Software in 1992, replacing the fat guy Moktar by their mascot Titus. In both cases, the aim is to traverse a number of levels searching for your loved one, either the titular Zoubida, or a vixen.

Aside from the usual walking, jumping, and evading enemies, gameplay focuses on objects that you can pick up, put down, and throw. Throwing an object is a way to get rid of enemies; putting down crate objects in the right places allows you to reach higher areas. Certain special objects like bowling balls and a flying carpet can be thrown indefinitely without disappearing.

The games contain tropes such as: