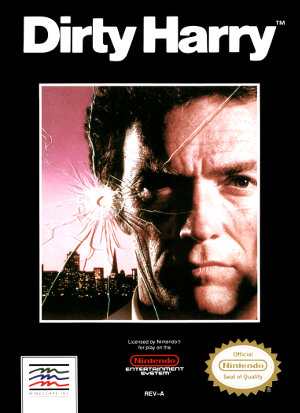 Dirty Harry is a 1990 videogame for the Nintendo Entertainment System based on the Dirty Harry series of movies. Harry goes up against a new drug lord in San Francisco known as "The Anaconda".

This game was reviewed by The Angry Video Game Nerd in Episode 157 of his series.