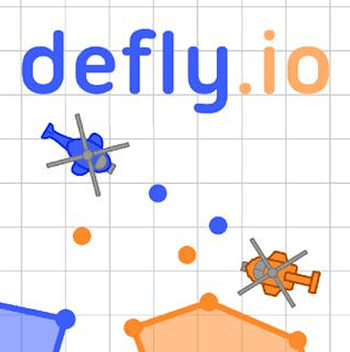 is a 2018 .io Game with a top-down perspective, where the players control helicopters that can also place down towers onto the map below. Connective lines will appear between that tower and every subsequent one you place down, up until you completely enclose a certain area within these towers. This creates a zone inside which the player is completely invincible.
Advertisement:

Of course, the other players can both destroy the towers they placed, and shoot each other down, which instantly destroys all the towers they've placed up to this point. Each player can use the Experience Points they gain from shooting each other down and from controlling territory via towers to upgrade their stats (or their towers' stats), and eventually unlock powers as well.

The game ends when one player controls 80+% of the territory and managed to shoot down everyone else. Teams mode has the same objective. Defuse mode has two teams and is separated into rounds, which can be won by either one team completely defeating the other, or planting/defusing the bomb.