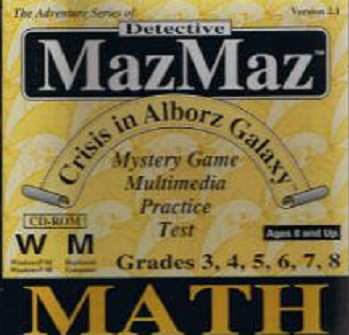 Crisis in Alborz Galaxy was an Edutainment Game, released by EZ Solution Software in 1998 for PC and Mac.
Advertisement:

In this game, you play as a young detective named MazMaz, who has been hired by Professor Magneton to find his missing assistant, Professor Rosspot, who has stolen key research material and needs to be brought to justice.