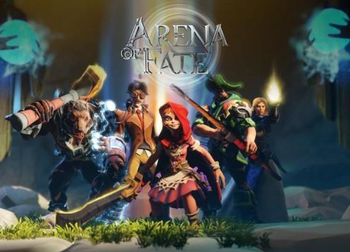 Arena of Fate was a free MOBA in development by Crytek Black Sea. It is similar to most MOBA games with a few differences such as matches having a 20-minute time limit. The game features many legendary characters from fairy tales, mythology, and even history.

The game's director, Vesselin Handjiev, left Crytek Black Sea in 2016, and the company was sold to Sega in 2017, seemingly cancelling the game.