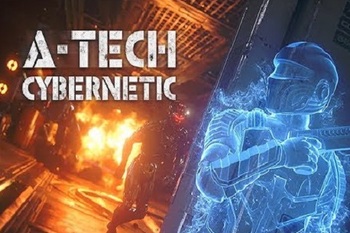 In the future, humanity has set up colonies in space, which are accessible via the use of artificial shells capable of housing a human consciousness.

On one such colony, a man wakes up with no memory of who he is or how he got there. All he knows is that something really bad went down, and now the colony is crawling with hostile mutants and other creatures that want him dead.

In addition, the game also has a Swarm Mode, in which you go up against waves of on-coming enemies to blow away. How long can you go before you finally go down?