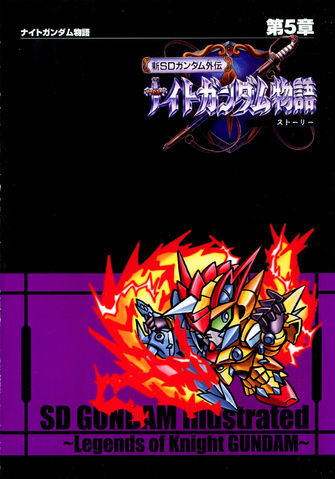 Ten years after the events of Kikoushin Densetsu, Zero Gundam goes on a journey to recover the Thunder Clan's Holy Skills and defeat Vice Gundam after the death of his father, Dragon Knight Falco Gundam.

While Knight Gundam Monogatari borrows elements from Star Wars and Fist of the North Star, its characters are based off of Mobile Suit Victory Gundam.