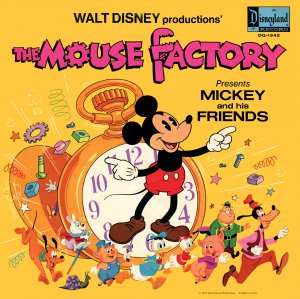 The Mouse Factory is a sydicated program produced by Walt Disney Productions and created by Disney veteran Ward Kimball. Each show had a special guest host interacting with costumed characters from the Disney Theme Parks and introducing cartoons (or excerpts from feature films) themed around a different subject.
Advertisement: