Film / Down on the Farm 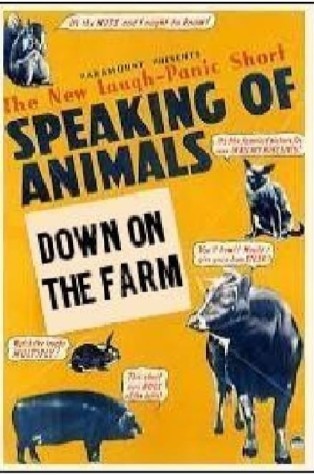 Down on the Farm is a 1941 short film (10 minutes) directed by Lou Lilly and Tex Avery.

It was created by Avery for Paramount as part of a short-lived series called Speaking of Animals. This, the first film of the series, involves an unseen farmer introducing the audience to the various animals on the farm. Unlike almost everything else Avery did in his career, the film is mostly live-action. As the farmer introduces us to each animal, however, their mouths are animated, and they talk English. This is the framework for a series of gags that include a ferret on a wheel complaining about the monotony, a cow that says "I'm ticklish!" as she's milked, and other jokes.

Mel Blanc, not exclusive to Looney Tunes at this point in his career, does the voices.