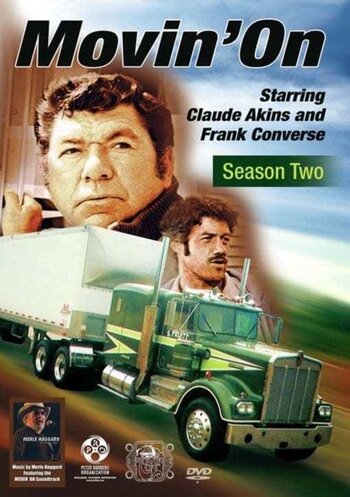 Movin' On is a TV series that aired on NBC from 1974 to 1976. The show centers on two truckers, Sonny Pruitt (Claude Akins) and Will Chandler (Frank Converse), who get involved in various adventures as they travel across the country.

The theme song was performed by Merle Haggard, who recorded the song in 1974. The theme was extended to a retail single and it went No. 1 on the Billboard Hot Country Singles chart in the summer of 1975. Today, to fans who never heard of the original TV series, stands out as a salute to truck drivers (a recurring theme in country music).