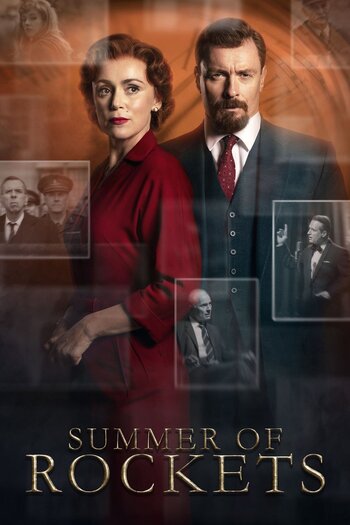 Written and directed by Stephen Poliakoff, the 2019 BBC2 miniseries Summer of Rockets is set in the UK during the tumultuous summer of 1958 and follows Samuel Petrukhin (Toby Stephens), a Russian-born Jewish inventor and businessman who specialises in manufacturing hearing aids.

Following the Soviet Union's launch of the first intercontinental ballistic missile and the start of the Space Race, fear permeates the lives of Samuel and his family. He becomes increasingly close to MP Richard Shaw (Linus Roache) and his wife Kathleen (Keeley Hawes), who are both traumatised by the disappearance of their son several years ago, which results in them growing close with Samuel's son, Sasha (Toby Woolf). At the same time, Samuel's daughter (Lily Sacofsky) rebels against her participation in The Season.