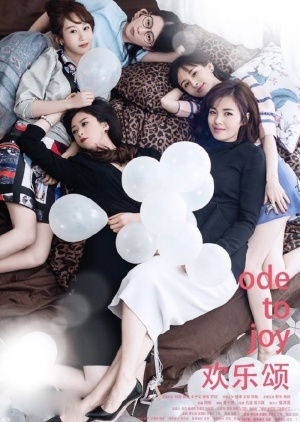 Ode To Joy (欢乐颂, Huan Le Song) is a Chinese drama based off a novel series by A Nai. Airing in 2016, it follows the stories of five women living in floor 22 of the Ode to Joy apartment complex in Shanghai.

An Di is a Wall Street businesswoman who recently moved to Shanghai to find her brother; Fan Sheng Mei is an HR executive who is currently pursuing rich men to marry; Qu Xiao Xiao is a young CEO who wishes to inherit her family business so it stays out of her brother's hands; Qiu Ying Ying is a young, impulsive worker wanting to make something of herself; and Guan Ju Er is a young, shy intern who struggles to keep up with work.

Currently there are two seasons, with a third one being planned.