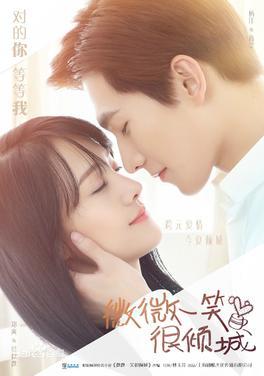 Love O2O (微微一笑很倾城, Wēi Wēi Yī Xiào Hěn Qīng Chéng, roughly "A Smile is Very Beautiful") is a 2016 Chinese series starring Yang Yang and Zheng Shuang. It's based on the novel of the same name by Gu Man.

Bei Wei Wei is a computer science student at Qing University. She's also the only female player to get into the Top 10 ranking of the online RPG A Chinese Ghost Story. When the game's best player suggests their characters get married, she accepts without knowing who the other player is. He's really Xiao Nai, the most popular student in the university.

The series is one of the most-watched in China. It's available on YouTube

with English subtitles. The source novel has also been adapted into a 2016 film, which shares a title with the series.