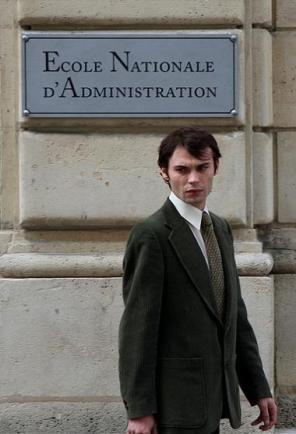 L'École du pouvoir (The School of Power) is a four-part TV mini-series directed by Raoul Peck in 2008 for the French TV station Arte.

The series follows the lives of five graduates of the École Nationale d'Administration, an elite French school that serves as the recruiting ground for top administrative, political and corporate positions, between their admission in 1977 and their professional disillusions in 1986.

Abel Karnonski, an idealistic young lawyer who dreams of changing French society, is admitted at the ENA at a time when the right wing's hold on political power is slipping, and a Socialist victory in the next elections looks increasingly likely. He is joined Caroline Séguier, an ambitious aspiring politician; Mathieu Ribero, one of the rare few children of the working class who has managed to rise this high into the system; and Laure and Louis de Cigy, two scions of the aristocracy.

In the course of their studies and then their professional assignments, their ideals are confronted to the harsh realities of governance, and they must choose whether to stick to their principles or compromise.