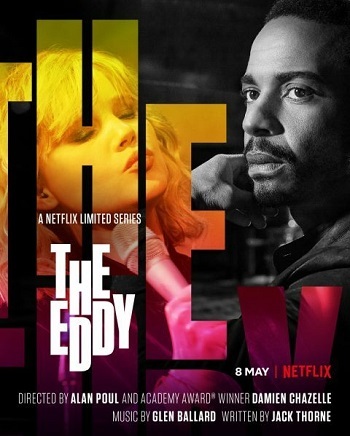 The Eddy is a 2020 8-episode limited series cocreated for Netflix by Damien Chazelle, who also directed its first two episodes.
Advertisement:

Elliot Udo is the owner of the jazz club 'The Eddy' in Paris, and his life changes with two major events, his partner Farid ending up involved in crime and his 16-year-old daughter Julie moving from NYC.